The province offers several job opportunities owing to its impressive economic growth in recent years. The Alberta PNP is known as the Alberta Immigrant Nominee Program (AINP). This is an economic immigration program which nominates immigration candidates for permanent residence in Canada.

The nominees must have the skills and abilities to fill the job shortage in the province. Individuals nominated under the program can apply for a PR visa together with their spouse and dependent children.

The applications for the Alberta PNP is managed by the IRCC. The final decisions on the PR visa is taken by the federal government. 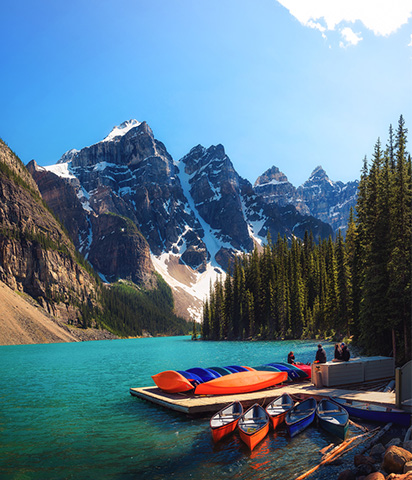 Canada offers nearly 80 different PNP programs, some of the popular PNP programs include:

Eligibility requirements for the AINP
Steps to apply

Step 4. Download the Document Checklist and complete the required forms

After you apply
Y-Axis Can Help You With
Testimonials

Very satisfied with the services offered by G Krishna Murthy who is guiding us from here and Chaitanya certified RMA in Australia are very supportive . They have fully guided us with each step of the application and with their guidance we have successfully completed skill assessment with positive results and we hope that we get PR soon. I would recommend this firm for any kind of consultation required for people thinking of moving overseas.

I’m very pleased with the service Y-axis has provided. I have employed their services for Canada Immigration. My consultant Sudheer, has thorough knowledge about the process and has guided us promptly at every stage. I’m glad we chose Y- axis as our consultants and would strongly recommend them.

I am applying for Canadian PR via Y -axis-Dubai.Mr.Sudheer is assisting me for the all documentation work. He has been really helping in guiding me step by step and explaining all the details thoroughly.

Our Accreditations
Contact Us
Impact
Company
Press and News