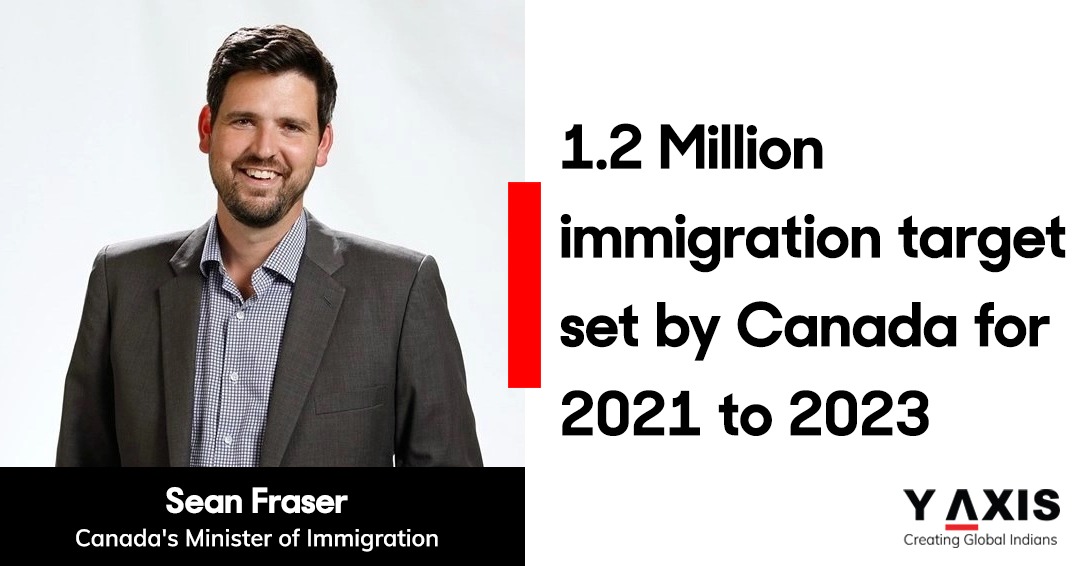 In the first quarter of 2020t the Federal government of Canada ad announced in its immigration plans to invite 1.2 million immigrants by 2023. To meet these immigration targets, the government planned to focus on economic programs. It increased the quota of provincial nominee programs from 61,000 to 67,800 for this year. In order to achieve this target, the Canada immigration authorities have announced some decisions which you should know if you are planning to migrate to Canada.

The country is very well aware that immigrants are crucial for rebuilding the economy. According to Marco E. L. Mendicino, Minister of Immigration in Canada, “Immigration is essential to getting us through the pandemic, but also to our short-term economic recovery and our long-term economic growth…. As we look to recovery, newcomers create jobs not just by giving our businesses the skills they need to thrive, but also by starting businesses themselves. Our plan will help to address some of our most acute labor shortages and to grow our population to keep Canada competitive on the world stage.”

Under the new immigration plans announced recently, 60 percent of immigrants will be welcomed under the economic class programs, this will include the Federal Skilled Worker Program, Federal Skilled Trades Program, Canadian Experience Class, the Start-up Visa and Self-Employed Persons program.
This is in keeping with Canada’s tradition of giving priority to skilled workers and their families. It also intends to encourage entrepreneurs to set up business in Canada.

Citizens and permanent residents in Canada can sponsor their spouse and dependent children for immigration. The focus on reuniting families has led to 80,000 places being reserved for family sponsorship under the new immigration plan.

The government has also increased sponsorship numbers under the Parent and Grandparent program (PGP).

The high immigration targets if 2021-23 is an indication of Canada’s desire to get skilled candidates to contribute to the economic and social development of Canada.

Here’s a snapshot of the Canada immigration levels plan:

Immigrants to help in economic growth

The country’s labor force will grow as more immigrants arrive, and one approach to enhance the economy is to use the labor force more productively. In light of this, it makes more sense to welcome immigrants during difficult economic times.

Even while newcomers may find it difficult to find work that matches their qualifications at first, with the country’s baby boomers ready to retire in a few years, local firms will be fighting for skilled foreigners. Immigrants will benefit from increased job prospects and pay as a result of this.

Immigrants will contribute to the economy by creating a demand for products and services once they arrive in the country. The government is doing everything it can to keep the immigration flow moving by holding frequent immigration draws. It also assists Canadian businesses in obtaining temporary foreign workers.

In a bid to keep the economy going, the Canadian government has decided to continue processing visas in the Temporary Foreign Worker program (TFWP) stream and help Canadian employers during the time of this pandemic.

In the aim to meet its immigration targets and get around the travel restrictions imposed due to the pandemic that prevents immigrants coming from outside the country, the IRCC has been issuing invitations to candidates already in the country. This has led to more of candidates belonging to the PNP and the CEC categories getting invitations in 2021.

Meeting the target for 2022

In order to meet its immigration target of 411,000 candidates for 2022, the government has introduced a slew of measures:

By 2023, the Canadian government hopes to see a 4.4 percent increase in French-speaking immigrants outside of Quebec.

More airports are being built in Canada, and by the end of November 2021, the country will have 18 international airports. This will undoubtedly assist in attracting more new immigrants to Canada.

In order to meet its immigration target the Prime Minister of Canada Justin Trudeau issued a total of 38 mandate letters, one for each of the Cabinet ministers.

Mandate letters, which are open to the public, outline the obligations that each minister will be required to fulfil, as well as the obstacles that they will face in their roles.

The mandate letters define the expectations that the Canadian Prime Minister has of each of the Ministers, as well as providing Canadians with a clear picture of how the government expects to carry out its program.

According to the Minister of Immigration, Refugees, and Citizenship’s mandate letter, more newcomers are needed in all regions of Canada. Newcomers who will help Canada’s economy recover from the COVID-19 pandemic.

As per the mandate letter by PM Justin Trudeau, certain commitments are to be achieved as part of Canada’s new immigration priorities.

As per the mandate Canada’s immigration priorities for 2022 include:

The details of the mandate reveal Canada’s commitment to meet its immigration target and acknowledge role of immigrants in tis economic growth.