Manitoba conducts its 3rd draw for 2019 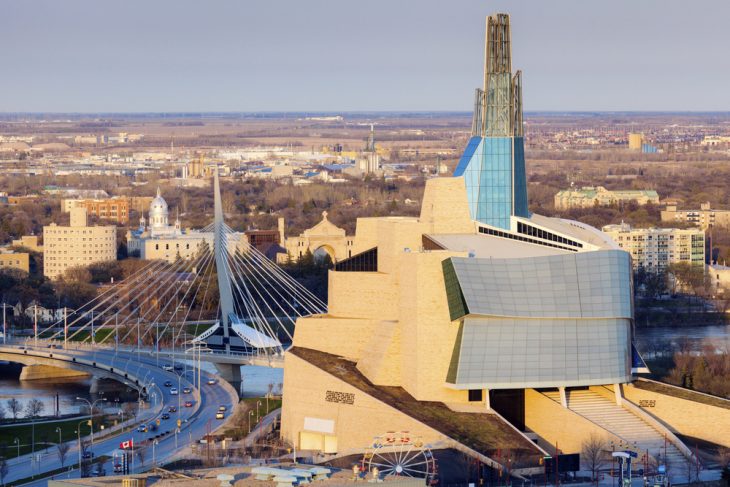 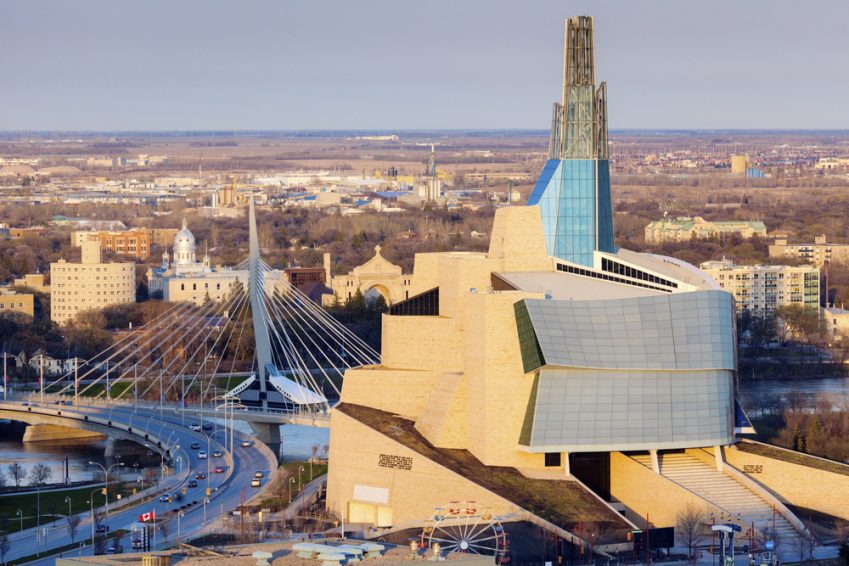 Manitoba in Canada conducted the third draw for 2019 on 15th February. 444 invitations were issued to candidates for a provincial nomination for PR.

The MPNP issued invites to candidates applying under the below streams:

In the 15th February draw, 268 invitations were issued under the Skilled Workers Overseas category. The lowest-ranking candidate had a score of 570 in this stream.

22 invitations were issued under the Strategic Recruitment Initiative which comes under the Skilled Workers Overseas stream.

120 invitations were issued to candidates under the Skilled Workers in Manitoba stream. The candidate with the lowest-rank had a score of 574.

34 invitations were issued to candidates applying under the International Education stream.

Invited candidates receive an LAA (Letter of Advice) to apply for provincial nomination.

Candidates applying under the Skilled Workers Overseas need to have work experience in an occupation on the in-demand list of Manitoba.

Temporary foreign workers and international graduates who are currently employed in Manitoba can apply under the Skilled Workers in Manitoba category.

International graduates who have completed their studies from a post-secondary institute in Manitoba can apply under the International Education Category.

The International Education stream was created last year. It provides a faster route to PR for international graduates who have completed their post-secondary studies in Manitoba.

As per CIC News, the International Education Stream has 3 pathways:

f you are looking to Study, Work, Visit, Invest or Migrate to Canada, talk to Y-Axis, the World’s No.1 Immigration & Visa Company. 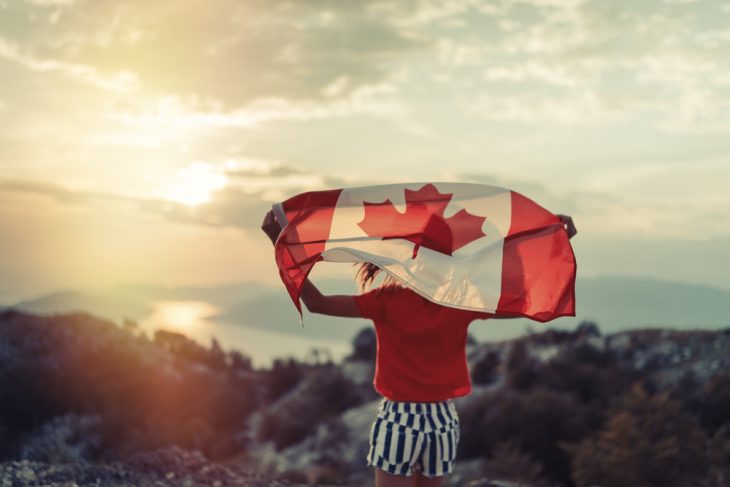 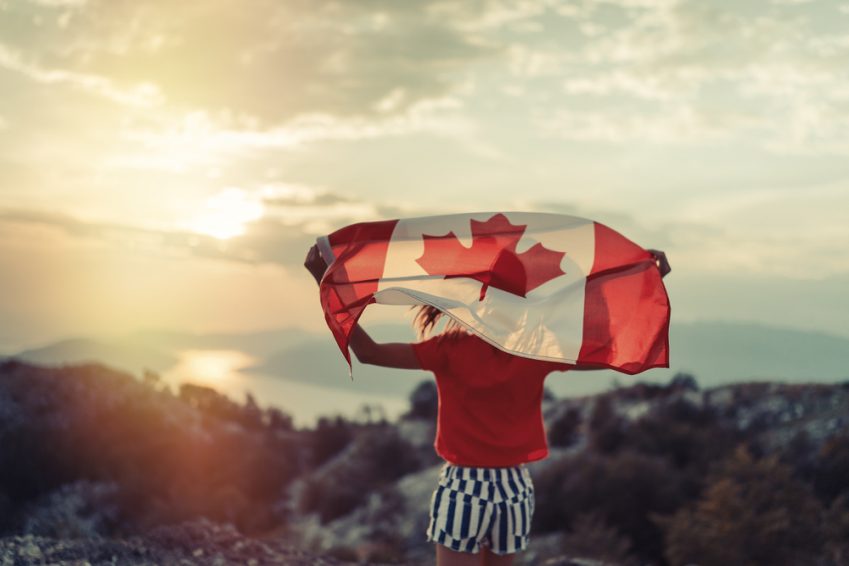 In the latest Express Entry draw held on 20th February, Canada issues 3,350 invitations to candidates to apply for PR. Till now, IRCC has issued 14,500 invitations in 2019. This is the biggest start that the Express Entry system has seen since it was introduced in 2015.

In the February 20th draw the minimum CRS score was 457 which increased by 19 points as compared to the last draw on 30th January. This can be attributed to the fact that there was a gap of 3 weeks between the two draws. Additional time between draws helps the EE pool replenish itself with high-scoring candidates.

The January 30th draw was held just a week after the previous draw on 23rd January. Hence, the minimum CRS dropped to 438.

The February 20th draw also saw IRCC use its tie-break rule. The time stamp used was 6th December 2018 at 12:38:11 UTC, as per CIC News. This meant that all candidates scoring 457 and above who submitted their profiles in the EE pool before the selected time and date were issued an invite.

Candidates need to submit an online application which is then scored using the Comprehensive Ranking System (CRS). The highest ranking applicants receive invitations in the various draws conducted by IRCC.

Applicants who have received an invitation can then submit their PR application to IRCC.

Immigration in Australia reaches a record high in 2018 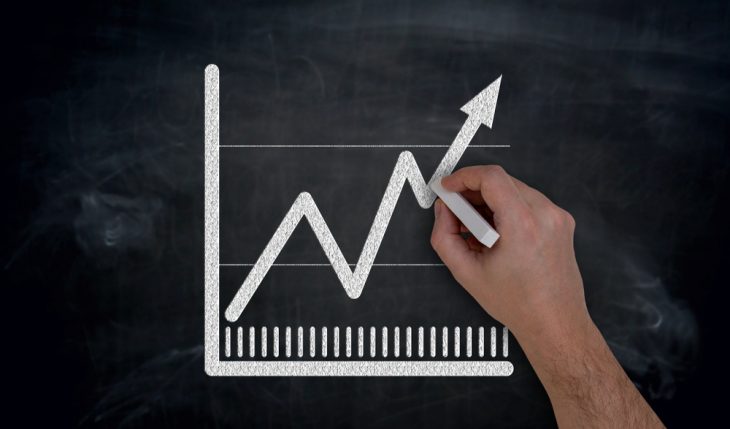 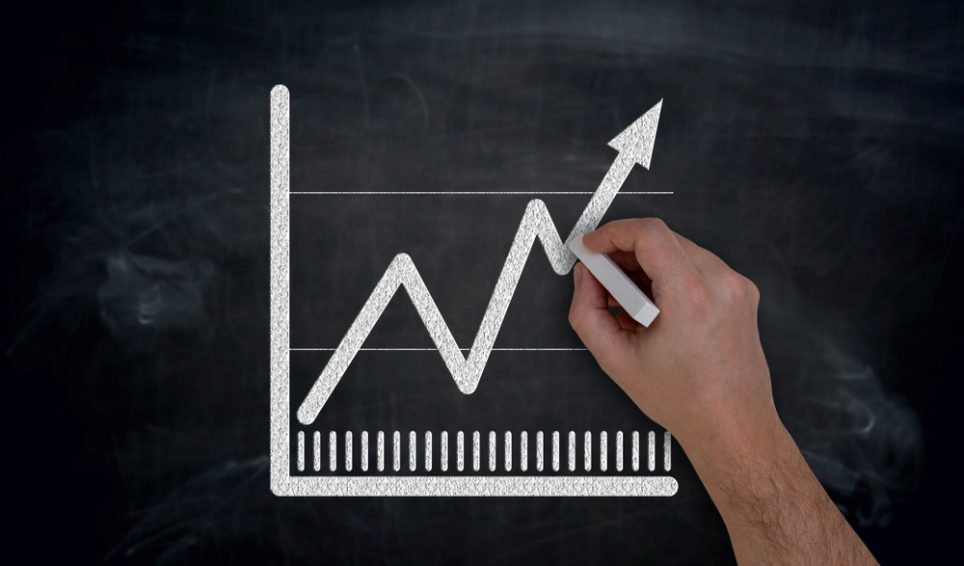 The pace of population growth in Australia at 1.6% is the highest in the developed world. It is double that of the US and the UK.

The ABS (Australian Bureau of Statistics) had forecasted that the population of Australia would reach between 23 and 26 million by 2051. However, Australia crossed the 25 million mark in August last year.

As per the latest ABS data, in 2016, 27% of the temporary residents in Australia were living in Sydney. 24% of them were living in Melbourne while 14% lived in Brisbane.

The figures were released by ABS after announced by PM Scott Morrison on cutting down immigration numbers. However, Mr Morrison also stressed that population growth has been instrumental to the economic success of Australia.

Latest update on the Subclass 489 Visa of NSW… 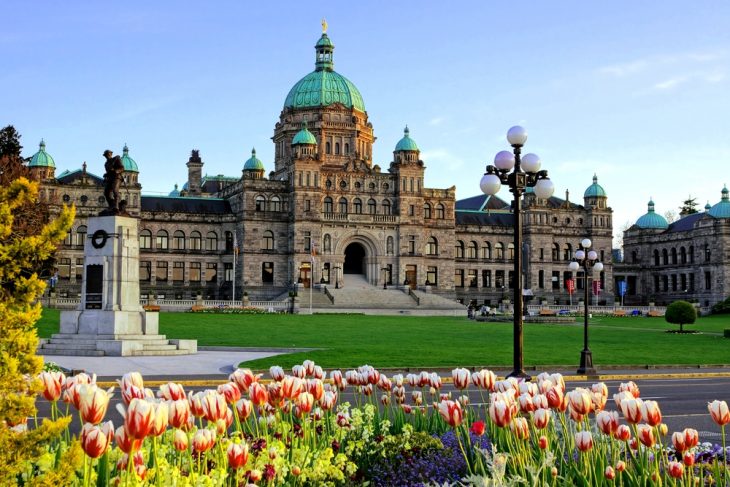 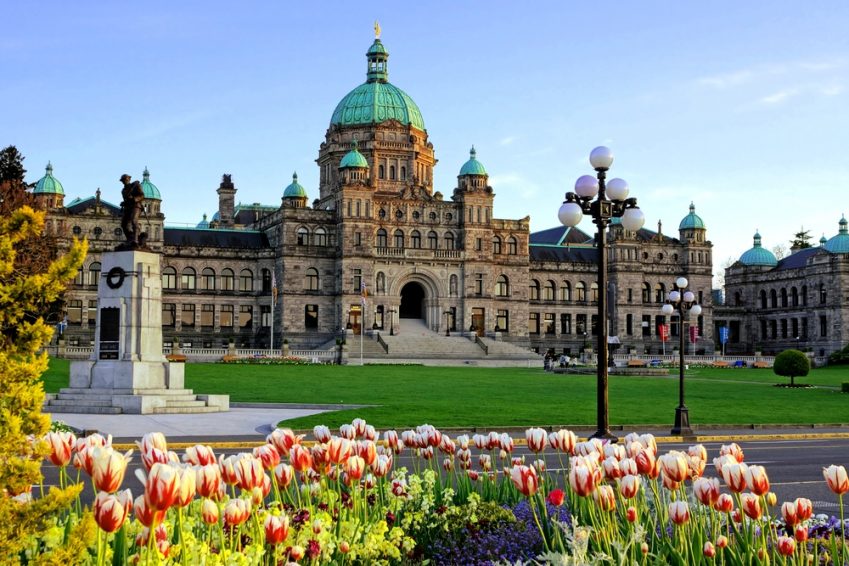 As per the latest survey conducted by Research Co., 56% of British Columbia residents in Canada view migration positively.

Currently, two topics are being hugely discussed in Canada pertaining to immigration. One is the Family Reunification Program and the other is Refugees.

34% of Alberta residents disagree that hard work and talent of immigrants are beneficial to Canada. 46% of the residents of BC in Canada hold the same view. This is 7% higher than the national average of the country, as per CIC News.

There are many factors that can alter how a local resident perceives immigration. However, pressures of housing and alien ownership are definitely contributing factors.

It is noteworthy that the majority of Canadian residents in each province view immigration positively. The biggest advocates of the same are the following:

The below groups are more doubtful of the impact of immigration:

How does Canada plan to increase immigration to its remote areas?

Immigrants make up 88% of the population of UAE 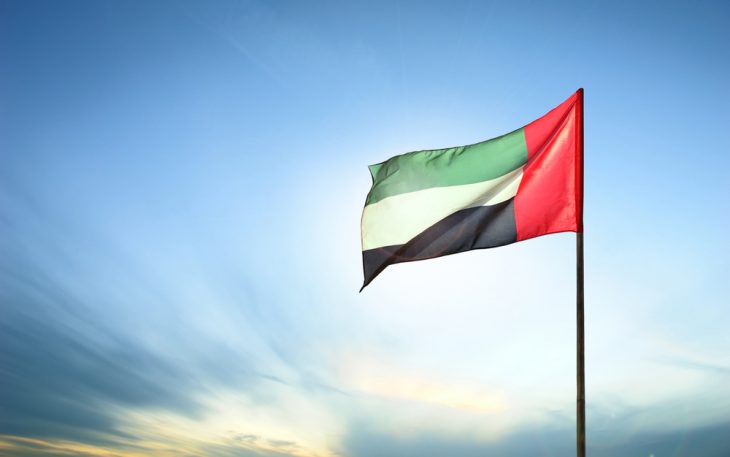 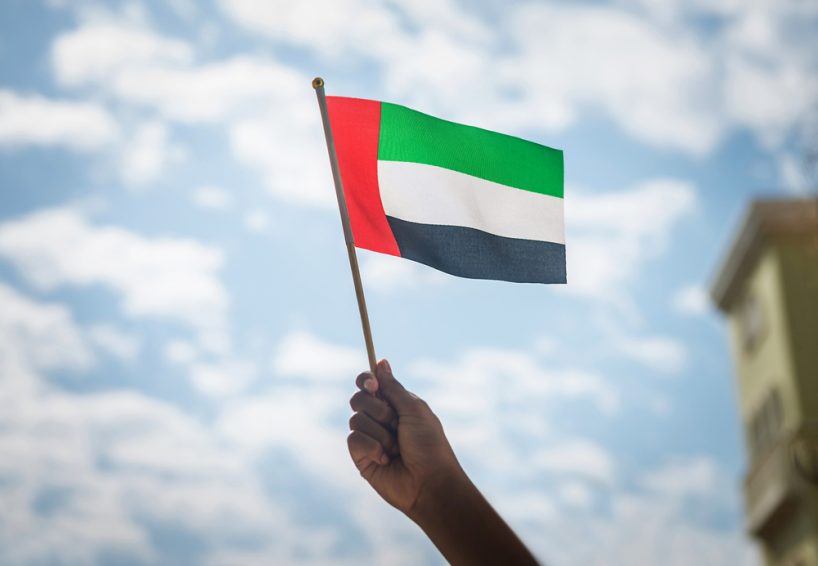 However, the UN report clarifies that the majority of the immigrants in the UAE are economic immigrants and not refugees.

In second place is Qatar with 75% of its population composed of foreign-born immigrants. Indians form the largest expat community here with a population of 646,000. Egypt and Bangladesh follow with 164,000 and 160,000 immigrants in Qatar respectively.

74% of the population of Kuwait is made up of immigrants. This places Kuwait at the third spot. India, Egypt, Pakistan, and Bangladesh have the most number of immigrants in Kuwait.

Liechtenstein and Andorra take the 4th and 5th positions respectively.

60% of the population of Andorra was born abroad with the majority of them from Spain.

In contrast, countries in Central and South America have the least number of immigrants. 1.2% of Central America’s population is foreign-born. Only .07% of the population of Nicaragua and El Salvador comprise of immigrants.

Just 1.7% of the population of South America was born overseas, as per the UN Report.

Can a woman who is divorced reside in the UAE with no Visa? 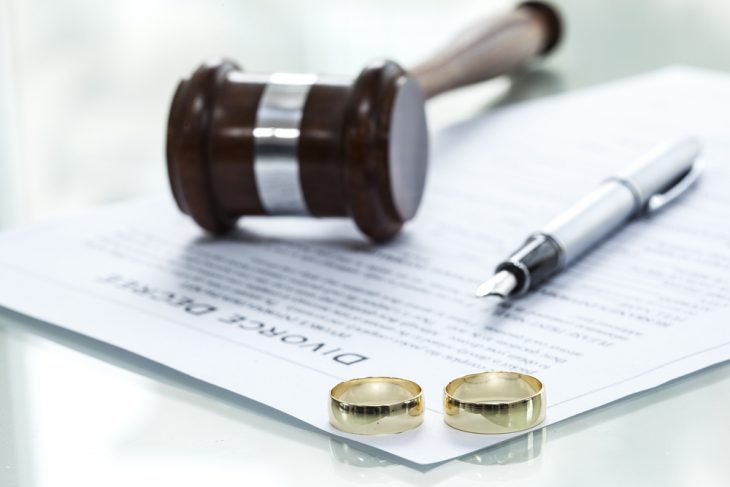 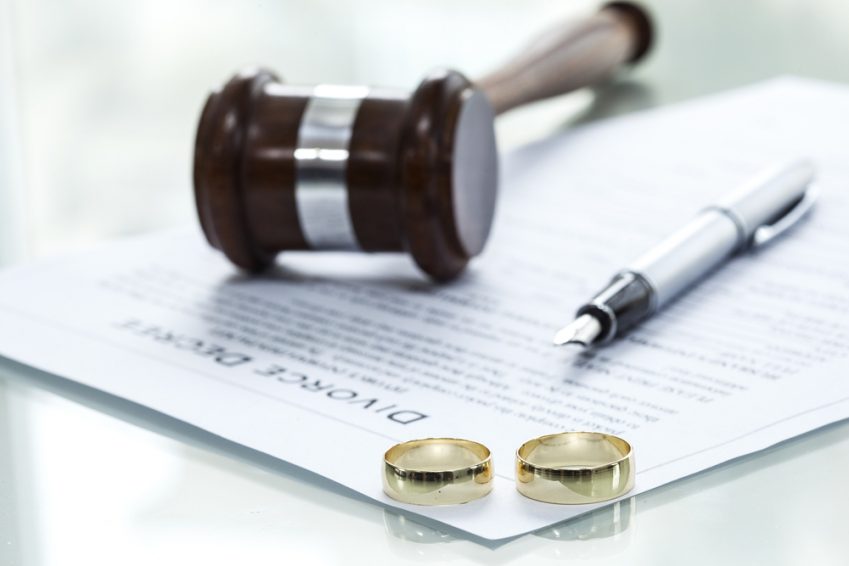 Here is a query from an Indian immigrant in the UAE and its answer:

Q: I am separating from my husband through a divorce and will get the apartment that we own. I will be staying in the UAE with my son. The apartment was purchased long back and is small. It is not worth obtaining a Property Visa.

I will not be sponsored by my ex-husband and he may exit the UAE. I have an Indian passport and cannot extend my Visa. Can I remain in the UAE?

A: The good news for you is that the UAE introduced a new Visa for divorced and widowed women in October 2018. It permits divorced and widowed woman as well as their kids to apply for a 1-year extension of the Residence Visa without a sponsor. The validity of the Visa is from date of divorce or death of the husband. It can be renewed only once.

There are conditions that apply. The husband must sponsor the woman and any kids at the time of divorce or death. The Visas must also be valid at that time. The residency period of the child must not exceed that of the mother.

The applications must be furnished through the General Directorate of Residency and Foreigner Affairs. This is in the applicable Emirate with diverse proofs. It includes evidence for divorce or death, a place to stay, a source of income and medical fitness certificates for those aged 18 and above.

Proof of medical insurance will be needed by residents of Dubai or Abu Dhabi. The cancellation fee for cancellation of each existing Visa is DH100. Additional fee of Dh 100 will be charged for each new 1 year UAE Visas.

(Based on inputs from the National AE)

If you are looking to Study, Work, Visit, Invest or Migrate to the UAE, talk to Y-Axis, the World’s No.1 Immigration & Visa Company.

How does Canada plan to increase immigration to its remote areas? 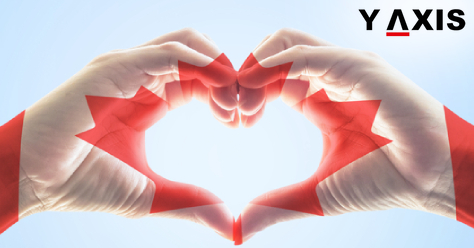 Some rural communities in Northern British Columbia are facing an impending labour shortage. They are hoping that a newly launched immigration pilot will help fill in the skill gaps.

More than 75% of new immigrants to Canada choose to live in major cities like Toronto and Vancouver.

Kathleen Connolly, Exec. Director of Dawson Creek Chamber of Commerce says that it is tough to hire people for the northern areas. These areas are very cold and remote. Hence, not many people choose to work here. However, the current population in these areas is ageing. This has created an employment gap which is necessary to be filled.

Canada plans to increase immigration to its remote areas through the Rural and Northern Immigration Pilot. The program plans to encourage communities to settle in areas like Dawson Creek, Prince George, and Terrace.

This program is launching in a few communities across Canada. The pilot outlines certain size criteria and development plans for these communities.

Walt Cobb, Mayor of Williams Lake, emphasized that there are a number of jobs available across various sectors in Northern BC. He says that the area has jobs which can’t be filled.

Not just entry-level jobs, there is a shortage of workers in almost all industries. From mining to forestry, from tourism to medical, every sector is short of workers, as per CBC News.

Participants in this program will be selected after the Govt. reviews the community’s need for immigration. It will also review how well it would be able to support newcomers. 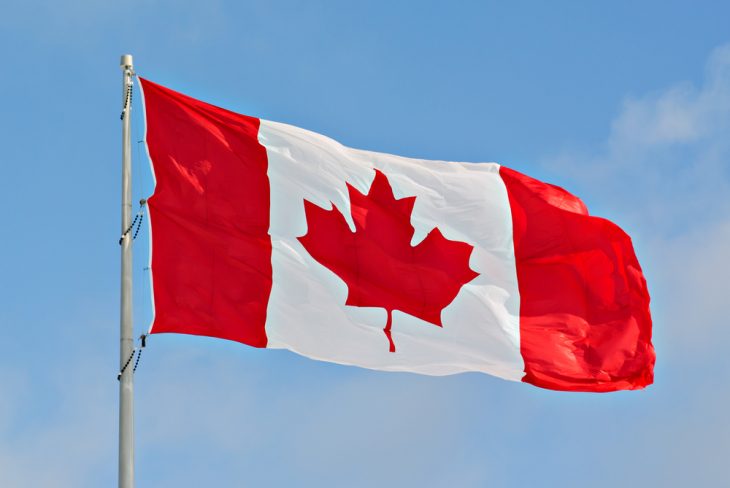 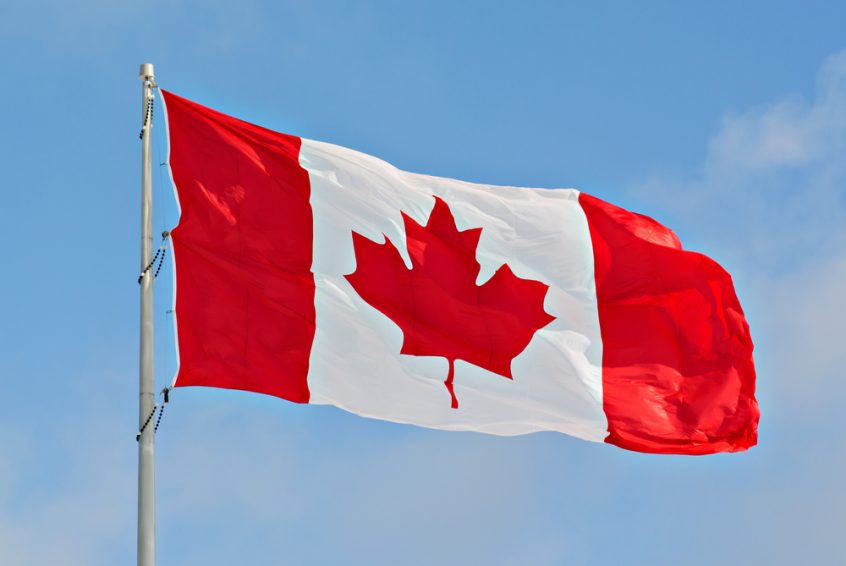 Canada’s Parents and Grandparents Program (PGP) briefly opened on January 28th. However, within minutes IRCC announced that it had received sufficient applications and closed the intake.

Earlier IRCC had announced that it would accept 27,000 Interest to Sponsor applications for the PGP. The applications would be accepted on a first-come-first-served basis.

IRCC also announced that people who were successful in submitting their applications would be notified shortly. They would receive an official email within 24 hours which would confirm receipt.

Canadian citizens and Permanent Residents over 18 can sponsor their parents and grandparents through the PGP. Successful applicants are then able to immigrate to Canada.

Invitations to apply for the PGP would be issued in the order of the submission of the Interest to Sponsor form. This would be done after IRCC removes duplicate entries. IRCC will continue to issue ITAs till it reaches its annual target of 20,000 applications.

As per CIC News, IRCC will hold at least one invitation round or more until it reaches its annual target of 20,000.